Published by Hollander in Events

The 2014 Hollander Innovation Summit flew by for the second straight year as recyclers gathered at the Marriott City Center in downtown Minneapolis for learning sessions, networking and engaging from Sept. 24-26. Industry members and experts alike explored different aspects of the recycling trade such as eCommerce, future tools and existing technologies.

Hollander would like to thank those that participated to make the Summit a huge success. For those that couldn't make it and for those that want to re-live some of the experience, we've compiled 10 photos to highlight some (but certainly not all!) of what you missed. 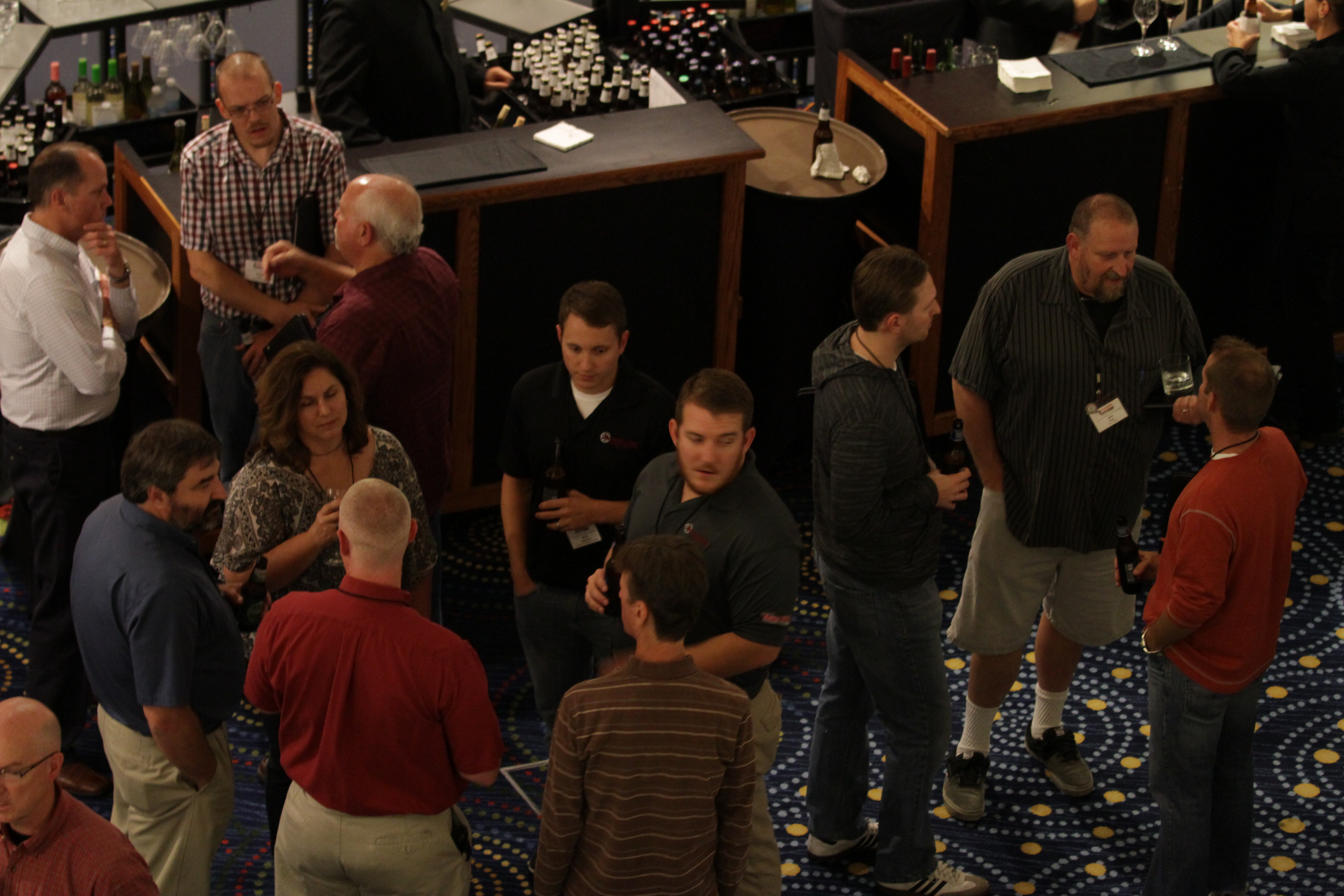 The Summit began Wednesday night with a reception in the Marriott Atrium. These few hours presented one of the key networking and socializing events of the Summit, and many of the attendees took advantage of the opportunity to meet and greet. 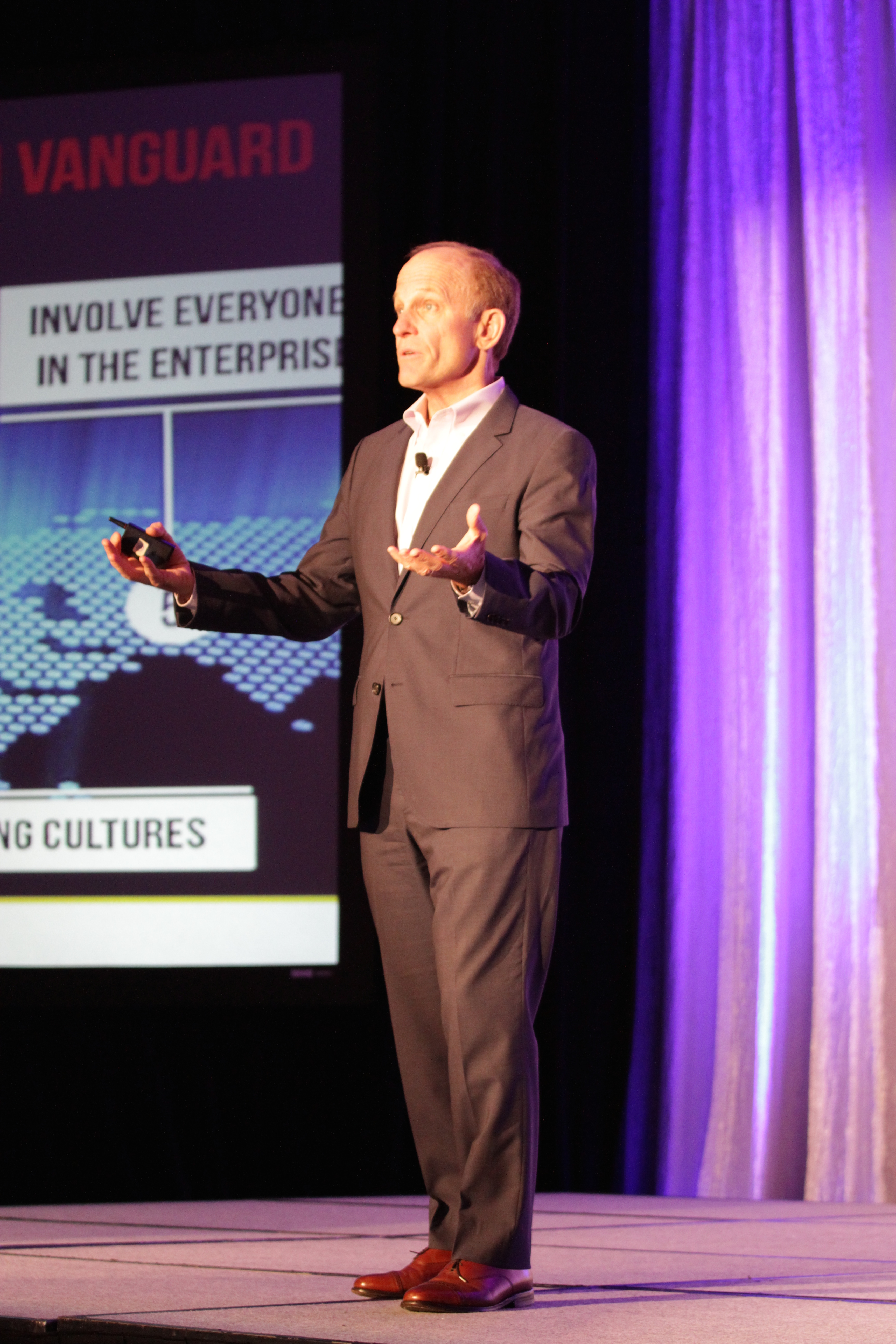 Four keynote presentations highlighted the Summit agenda, with Robert Tucker's opening and animated presentation, "Innovation is Everybody's Business" being the main feature. Mr. Tucker did not disappoint, presenting new angles to view innovation, including his concept of destroying assumptions like "A spring is a spring is a spring." 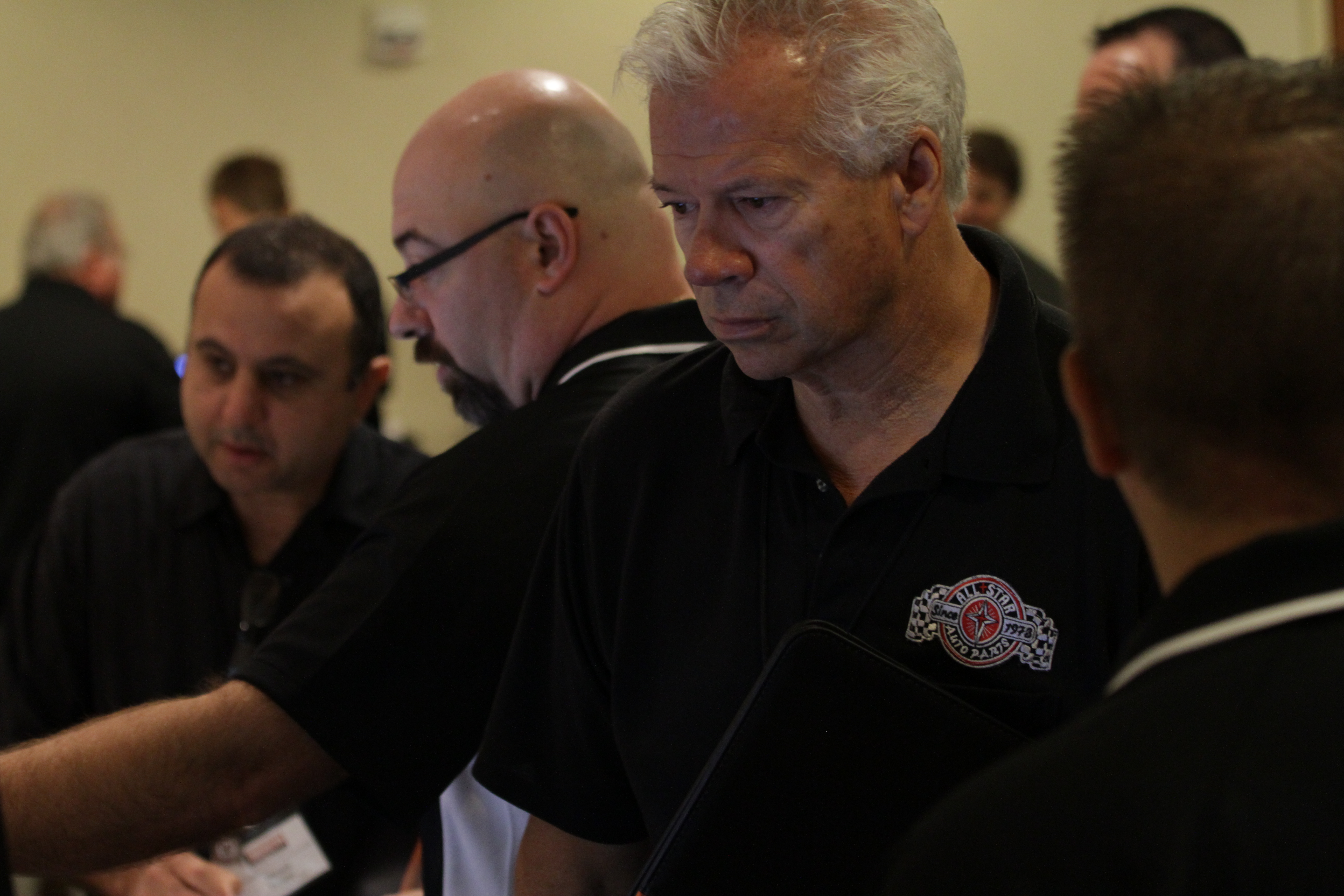 Hollander was eager to bring back the Technology Test Drive Center, which offered live demos of Hollander products available throughout the entirety of the Summit. The TTDC presented current Hollander technologies at separate stations with Hollander experts manning them. Many of the Summit attendees took advantage of the chance to come in and get expert help with any and all of their Hollander software. 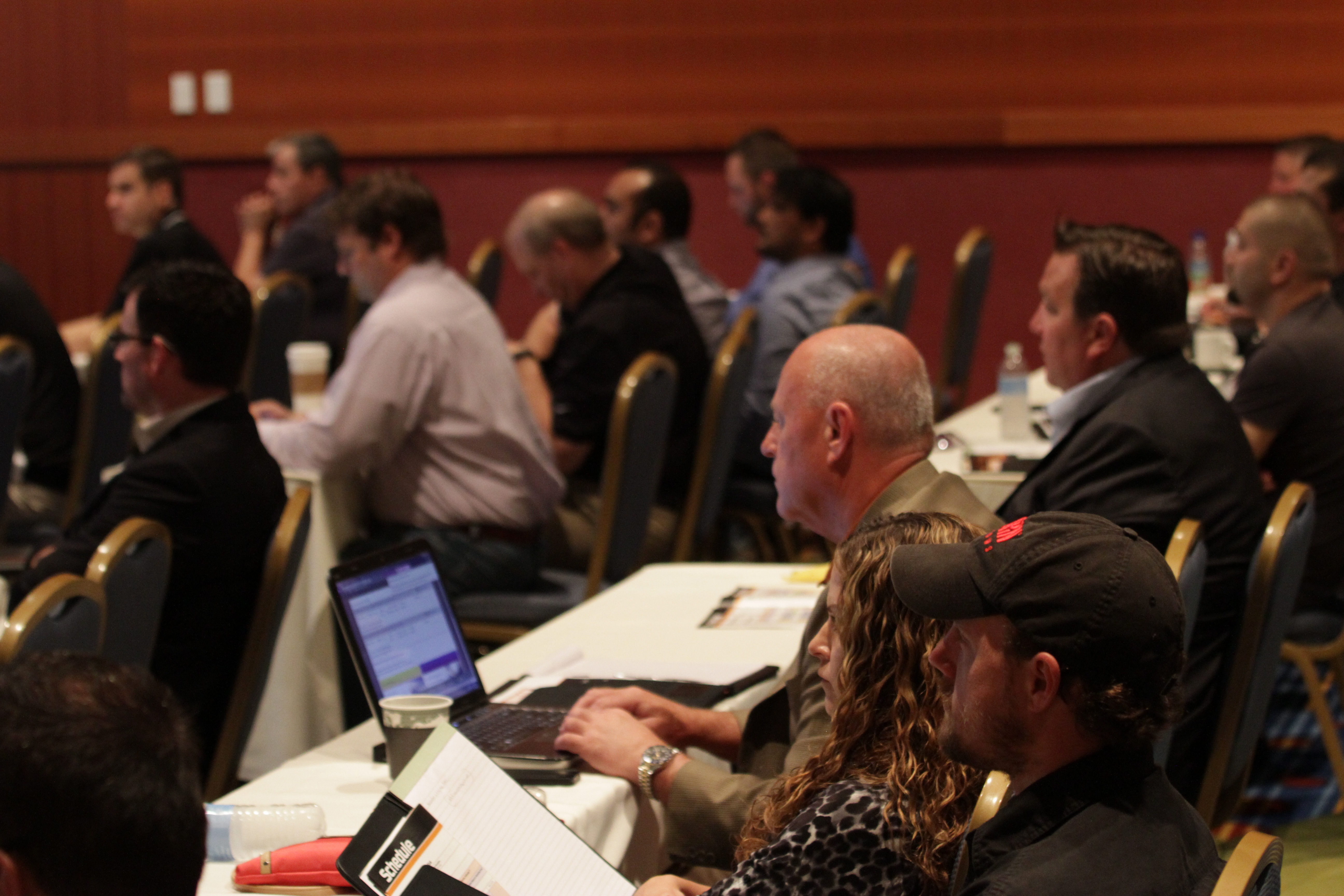 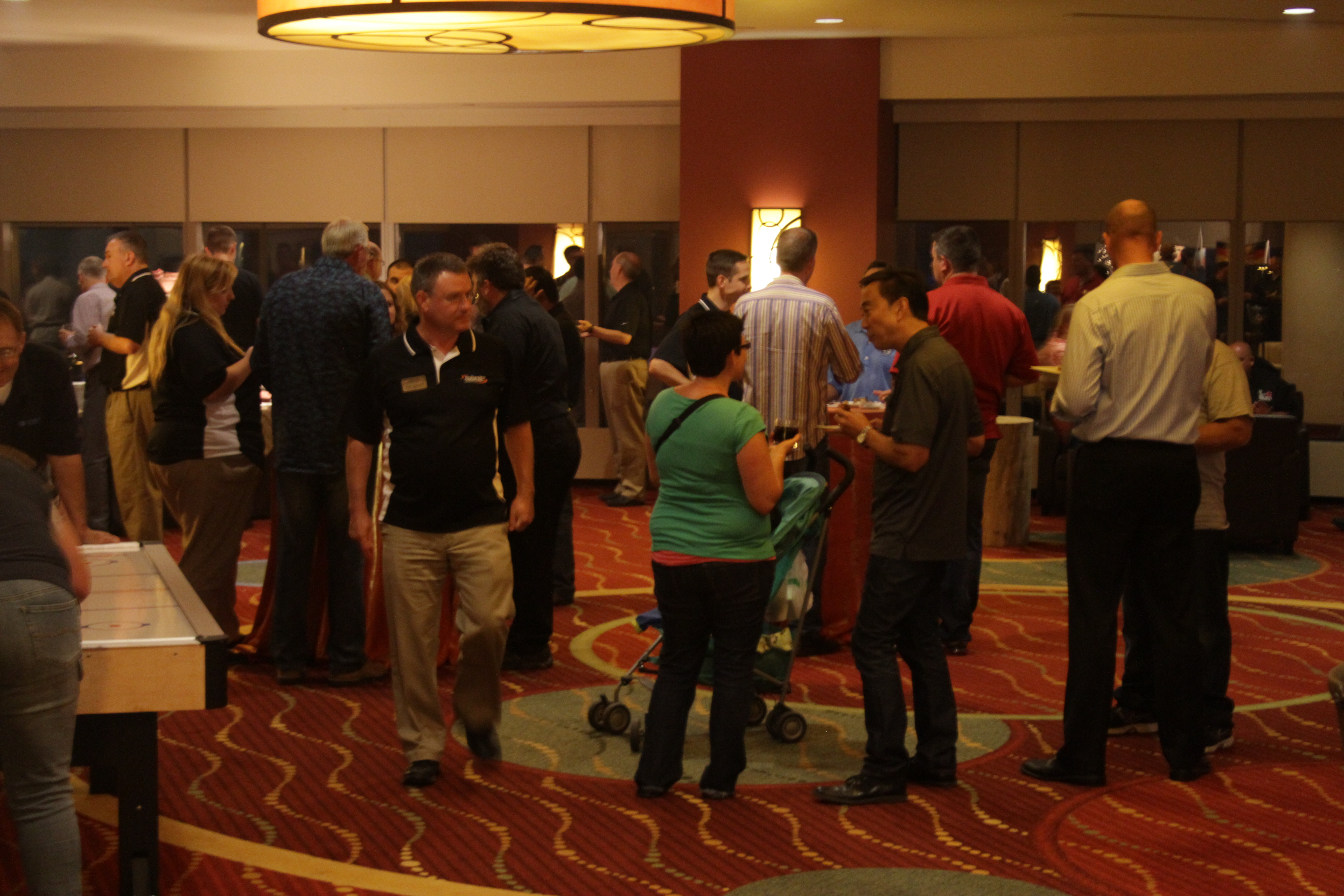 Thursday was capped off with Hollander's Oktoberfest on the sixth floor of the Marriott. Oktoberfest was the ultimate socializing event at the Summit, featuring German-themed food, Oktoberfest beers and drinking games. 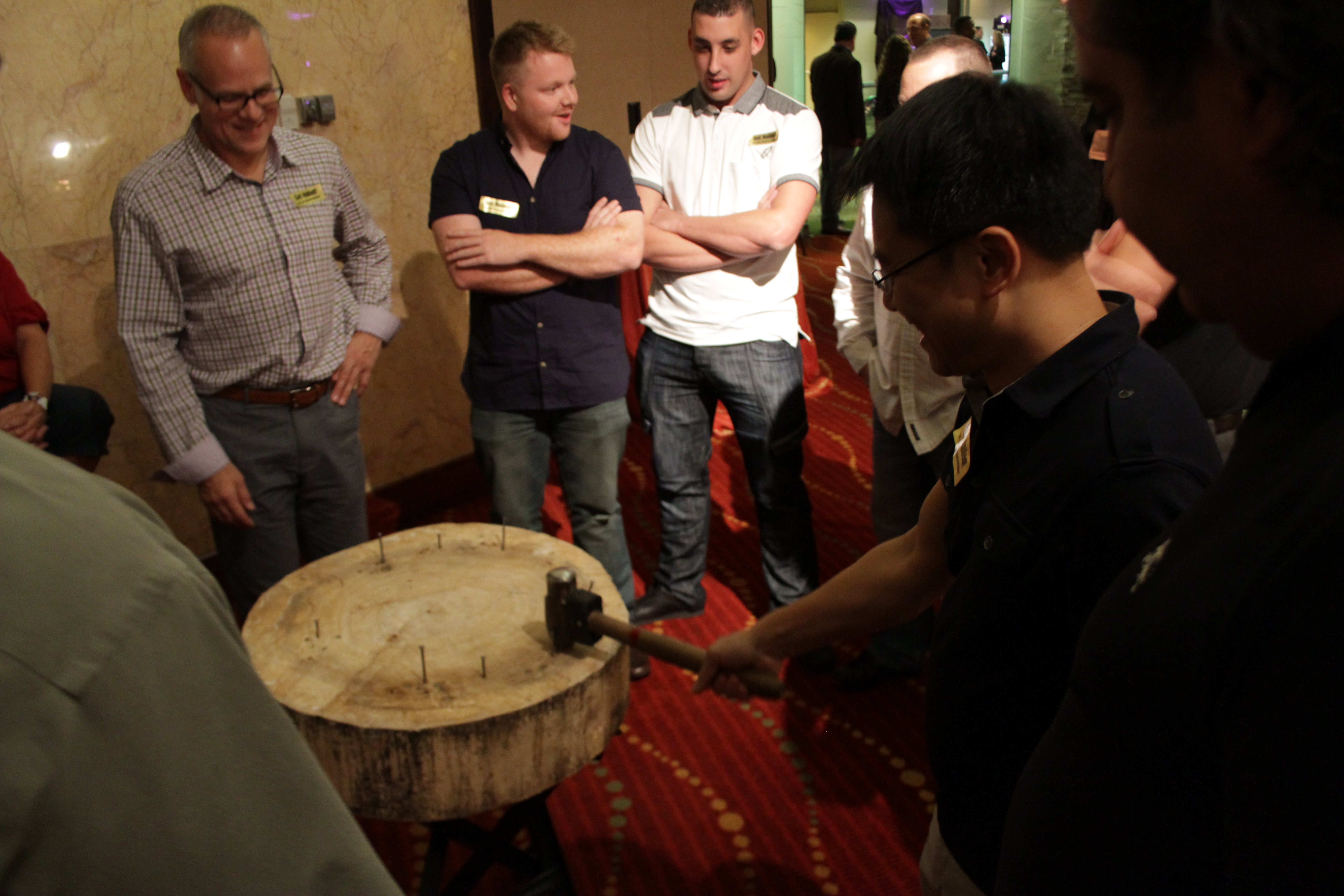 Hammerschlagen was a favorite at the Oktoberfest - and fortunately there were no broken fingers. The Hammerschlagen station drew the second highest traffic to a familiar favorite... 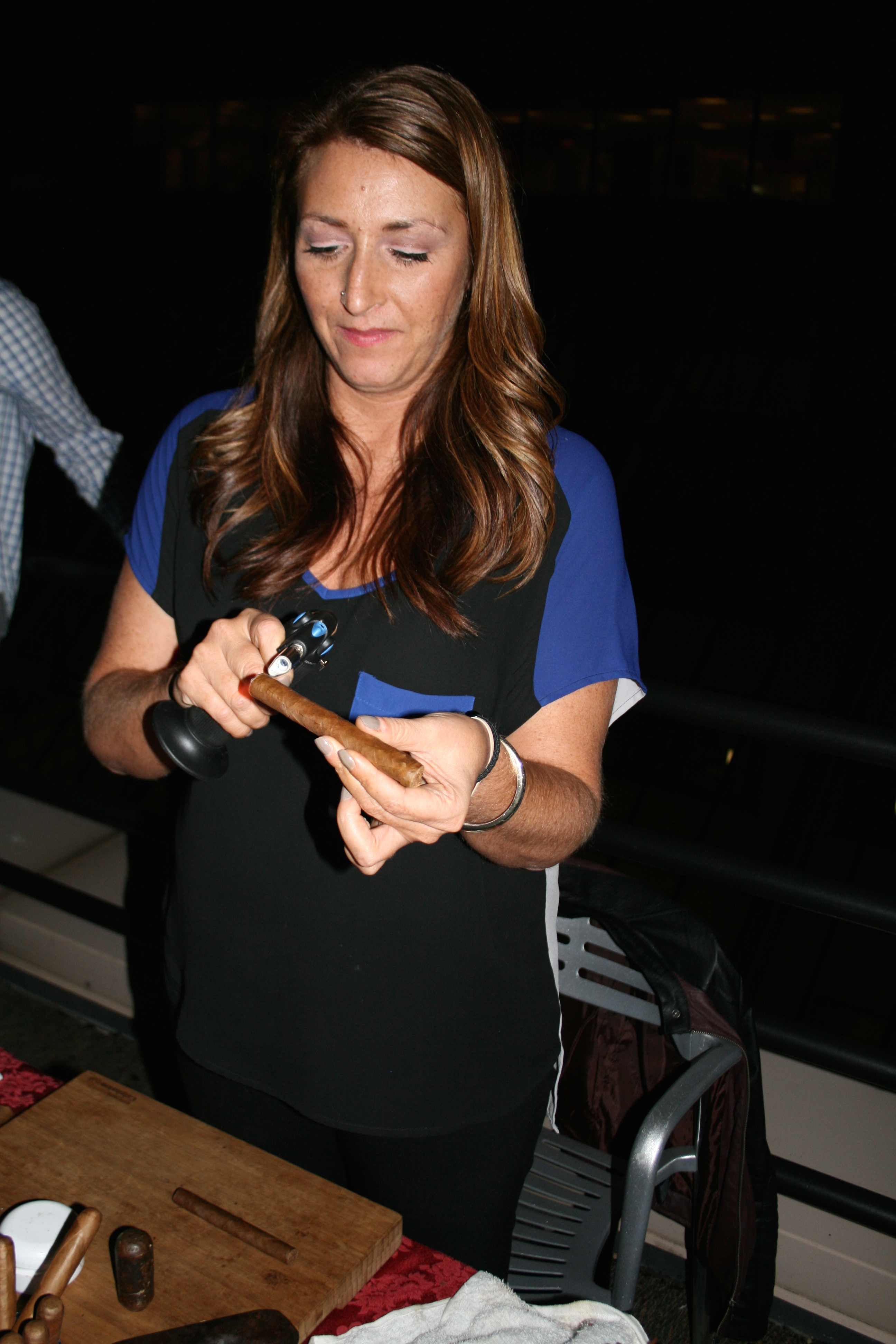 A perfect fall night combined with the lights emulating from the towers of Minneapolis would have made the terrace off the party floor a popular spot regardless, but attendees packed the outdoors to get a taste of hand-rolled Dominican tobacco leaves, back by popular demand from the first Innovation Summit. 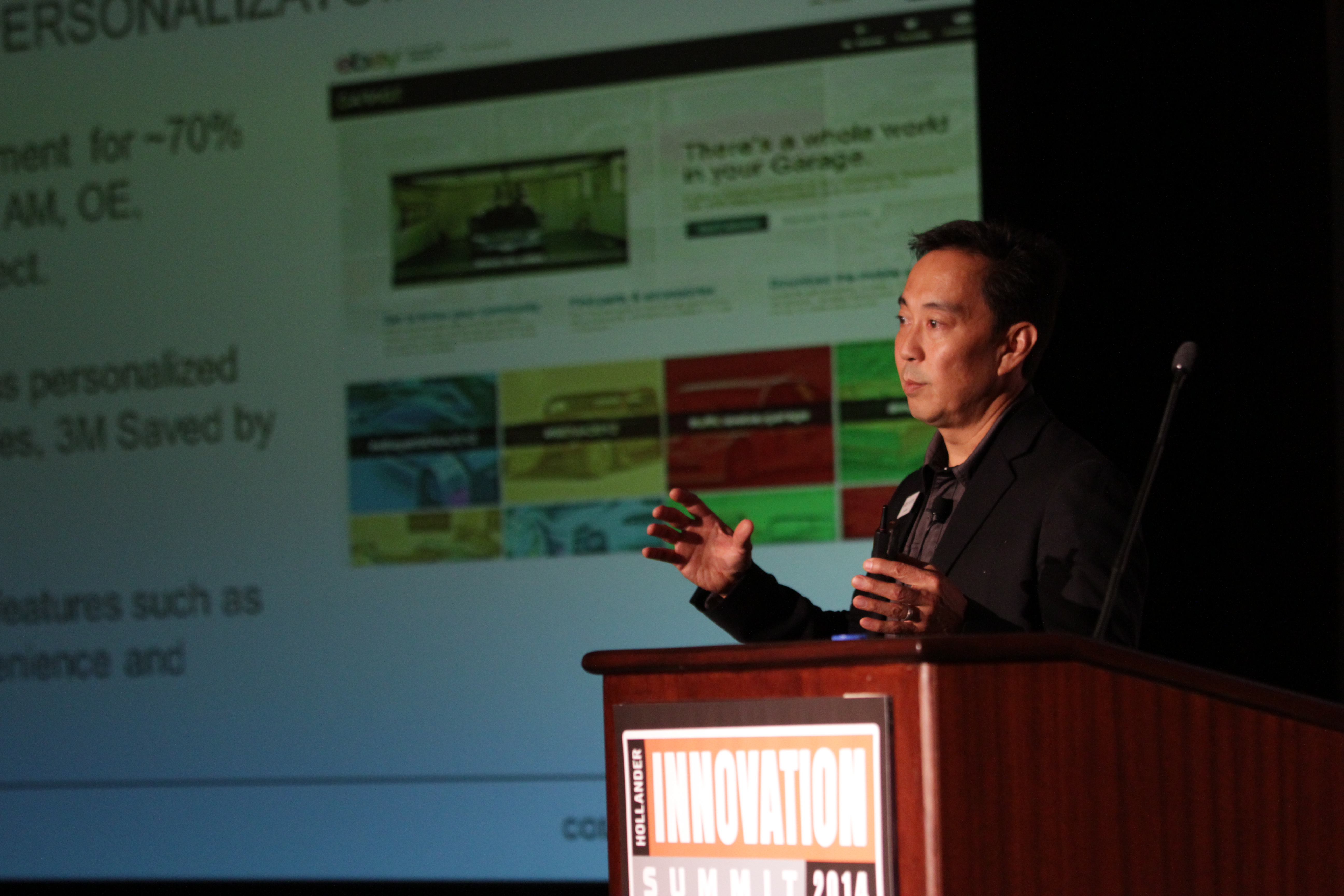 Hollander came to the Summit flanked by partners like eBay and Rebuilders Automotive Supply. RAS and eBay gave presentations, assisted clients and explained joint partnerships with Hollander, as RAS' George Lucas (pictured bottom) did in his presentation on cores. 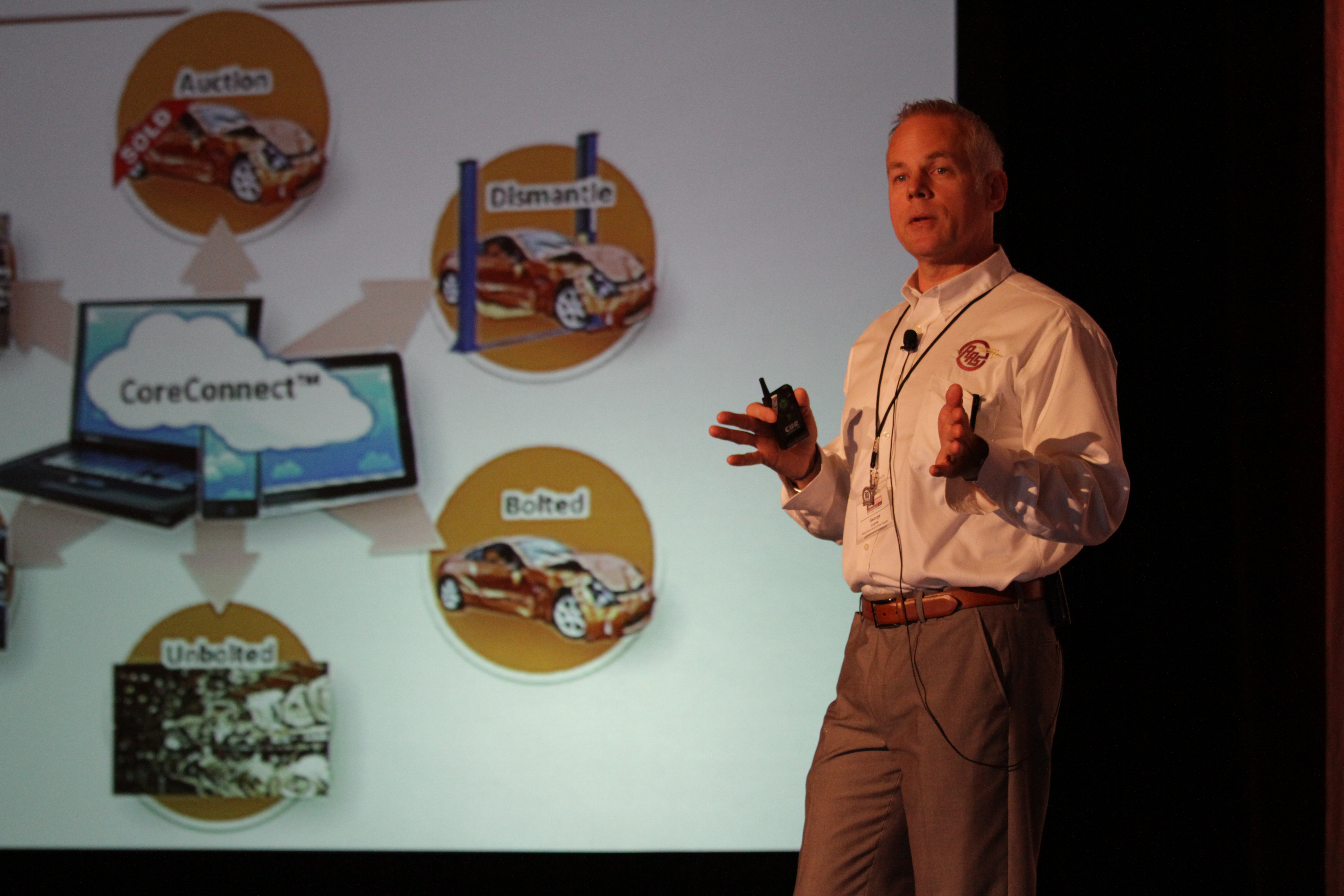 And Finally, the Man Behind the Curtain 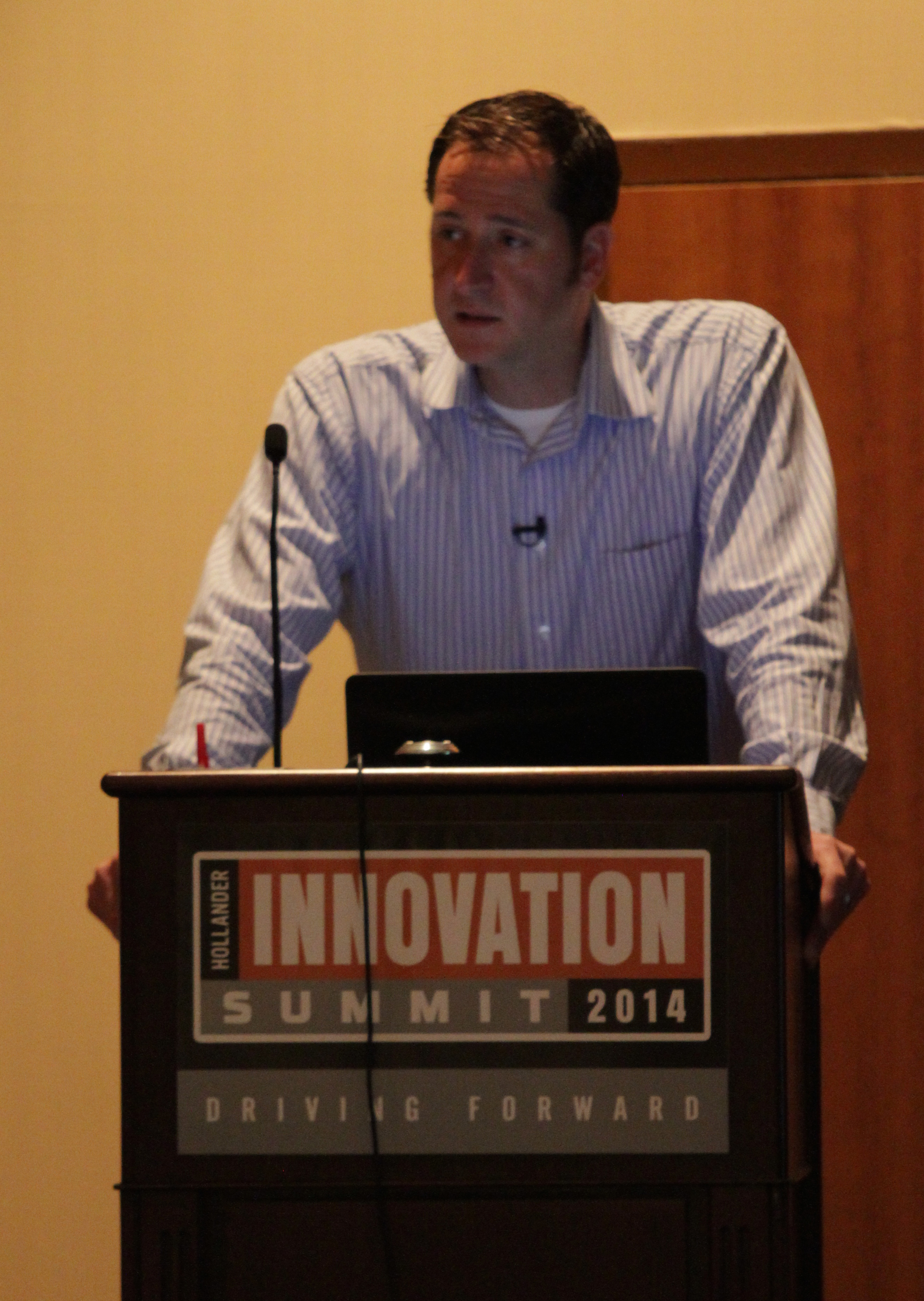 In addition to being the official photographer of the Summit, MindSpark Creative's Jim Davis presented on the topic of branding and marketing yards, giving us an opportunity to snap his photo while he was in front of the lense instead of behind.

These and more photos from the 2014 Innovation Summit can be found on Hollander's Facebook page. The Summit gave recycler's a chance to let their voice be heard, to learn and to teach, and find new ways of thinking and innovating.