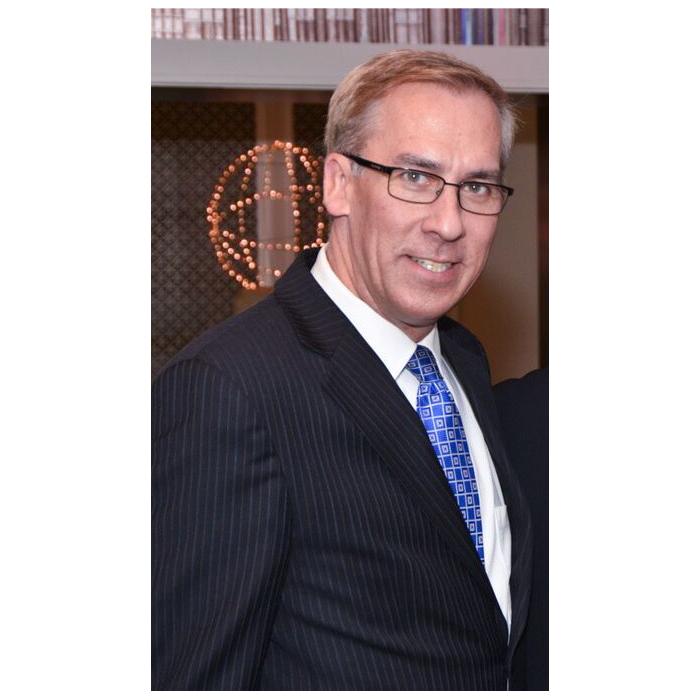 We recently caught up with Michael Wilson, CEO of the Automotive Recyclers Association (ARA). Wilson has been in the industry since he started with the ARA in 1997. Considering his extensive experience in the industry and on Capitol Hill, we wanted to sit down with Wilson to learn more about his background, the industry's relationship with automakers--specifically regarding vehicle recalls, and how government policies play a major part in how small auto recycling businesses operate. Part 2 of 2 is below.

Hollander: Speaking to your role and of government initiatives, could you tell us a little bit about ARA's Annual Hill Days? Your involvement there, and some major takeaways or action items after that event?

Michael Wilson: Our Hill Days event is an annual event on Capitol Hill in Washington; and we invite all our member companies to participate in coming to Washington and learn about the top issues that we are facing as an industry. To be involved on the grassroots side of that, and talk with their individual legislators, and/or their staff, about the issues of concern that effect their businesses. These small business owners—when you put them all together—employ tens of thousands of people throughout the country. One of the statistics that’s out there in the industry is, for example, say you have a seven-year-old vehicle that’s involved in an accident today; 75 percent of the time, the insurance company is going to total out that vehicle. That determination comes down with the cost of the parts to repair that vehicle. Without recycled parts in the mix and being utilized, that number would be even higher. If the collision repair industry and others would utilize recycled parts even more often than they currently do, that number could be reduced. There’s the issue of recycled non-deployed airbags that we have been in support of from the beginning, and have done our research to back up the safety of the reutilization of that component. Airbags are a significant factor these days in whether or not vehicles get totaled out by the insurance company. And when these vehicles are totaled out by the insurance company, then the consumer, with the miles that are on the vehicle, with the deductible they have to subtract out, by and large, they’re not going to be able to get into the same type of vehicle that they just got out of, based on that mileage and other factors.

So as we go up on Capitol Hill, we’re trying to really educate those lawmakers and their staffs about what the industry is. A lot of folks really haven’t focused, especially up in Washington, about what the professional automotive recycling industry is. Again, we are always challenged by folks still referring to the industry as "junkyards". While there are still junkyards out there, the Automotive Recyclers Association does not represent junkyards. Our members are very sophisticated businesses, with the inventory management systems that Hollander and others have put forward. It is a very complex and very productive industry generating over $32 billion in revenue in the United States alone. And when you are buying these vehicles that are costing thousands and thousands of dollars, it’s much more than junk. It is very sophisticated, quality parts: engines, transmissions, mirrors—a replacement mirror for a 2001 Mercedes is a thousand dollars, new. So there’s a huge amount of opportunity. When you look at those millions of dollars of inventory, I don’t think that’s junk, as some might try to market it, disparagingly against our industry. Education and combating these misperceptions are part of the marketplace, part of the challenges that our folks have, but again, we are working to raise the industry up to  the product assurance standards and quality control procedures that are necessary, so that the consumers find the product that we provide and see it as a valuable option when they decide how to fix their vehicles.

So we need to bring that up with the lawmakers, with the leaders in Washington so they have a better understanding of what the industry is, how long it’s been around, and the opportunities our members provide to consumers. So it’s very important—instead of coming from someone who is a professional staff member of an association, or my staff that go up and speak with those lawmakers and regulators—it means so much more when we bring actual folks that are in the industry, that own the businesses. Let them speak from the heart and tell them the challenges they have, what obstacles they have, to employ more people, and have more opportunity to save consumers and benefit the environment. So all those messages are important, but they’re always better delivered if we can get the actual recyclers come to Washington and get that directly to the entities that are making decisions.

Hollander: Have you seen a positive change in that area since you’ve done these Hill Days, in terms of both the adoption of these different terms that you want to use or the way that the industry is seen?

Michael: It’s a long process, it’s a step-by-step process. Again I’ve been involved with it for 14 years, and you’ve got to take your baby steps to get where you want to go. Sometimes there are key meetings that get you down the road a little bit further than other meetings. But in any industry in Washington, and there are thousands of folks that come in on a daily basis and do sort of the same thing that we’re doing. But if you don’t do this, then you’re not part of the conversation. We wish that every time we came in we had this defining moment, it’s more connecting the dots and pushing for that big change that’s going to happen to change the landscape as we move forward. Earlier this year, we heard that the US Secretary of Transportation, Anthony Foxx, put in a statement that was submitted for a hearing up on Capitol Hill that he supports the automakers providing the part numbers to the professional recycler community. That is a significant event. It’s something we can’t pinpoint one meeting on Capitol Hill that led directly to that. But it’s building that message, communicating that to numerous sources and then doing our own professional work as far as the staff here at the ARA in terms of talking with regulators and legislatures up on Capitol Hill. But with that message, it’s an acknowledgement from the Transportation Secretary of how important it is to get those part numbers into the hands of the recycling community.

Michael: This is one of those huge challenges, I mentioned to folks, that it’s sort of climbing Mount Everest. We’ve been able to get to base camp, and now with the Secretary’s announcement, we’re starting to make our way up that climb. But it’s a huge event and obstacle out there that we will continue to strive to go up that mountain. But we’ve been able to do it before. The biggest event in my 14-year history with the Association was the Cash-For-Clunkers program, which was a $3 billion dollar program that purchased over 700,000 vehicles, getting them off United States highways and roads. And there was a big push from various stakeholders to just take those vehicles directly off the road and then crush them and get them to the shredders, without pulling or harvesting parts off of those vehicles. We were, through our efforts at ARA, able to get the ability to pull all those parts off those vehicles except for the engine. We tried our darndest to make sure that we could reutilize the engines off those vehicles but when all was said and done, we were not able to get the engines, but every other part off of those vehicles was able to be harvested and reutilized. It first started out with six months where the recyclers had to run all those vehicles through their facilities that they were able to obtain. We got an extension for another 90 days. But we had folks that were running hundreds, if not thousands of vehicles through their operations that would’ve not been there without that program. The professional auto recycling community, there’s probably two trains of thought on whether that was a good thing or a bad thing, and it depends on who you talk to. But one thing I think is indisputable is whether you liked the program or not, that having the ability to harvest those parts was very important to the industry. In my career, that $3 billion program started off as a $1 billion program, and within a couple days jumped up to a $3 billion program, and this was back in 2008, 2009 when the number of vehicles being manufactured was significantly lower, under 10 million vehicles being sold. Now we’re back to 16 million, 17 million vehicles being sold on an annual basis, so during that period of time, it was something that Washington needed to do to give a boost to the US economy. But I’m just glad that we were there as an Association, as an industry to be able to do our part to make sure the recyclers were able to get those vehicles and parts off of them.

Hollander: Thank you for sharing that. I wanted to wrap up by asking if there is anything else that you’d really like to share with the Hollander audience? Or any lasting thoughts?

Michael: I look at the industry, and the folks at Hollander, the folks that are consumers of Hollander products, and that are utilizing the various search engines to get parts, whether it’s on eBay or through HollanderParts.com, again their voices, their support is very important to move this industry forward and to retain this industry. Just like there are no longer any Blockbuster Videos on the corner any longer, you know markets mature, they change. And for all those folks that are involved in the professional auto recycling community, all those consumers that are looking to get recycled parts, we need their support, whether it’s legislative, be it writing their congressman and asking, as a consumer to their Member of Congress, to break down these barriers so there are more parts available. For the professional companies that are in the automotive recycling industry, their support of the Association is essential to make sure their significant investments in the industry are not going to go away in the future. And again, that just takes us all working together and understanding that we all have a vested interest in making this industry as successful as possible, and there are some huge challenges ahead. But as we have in the past, coming together, working together as one industry we’re going to be able to thrive because when you look at the economics of it and to have parts that are built by the OEM, that have the same original requirements for fit, finish, durability and safety; that is a significant value proposition for the consumers. To be able to take those parts and if you’ve got a six or a seven-year-old vehicle, there’s no real need to put a brand new part on that vehicle, if you’ve got a quality replacement product there that can be reutilized and continue to provide years of driving miles ahead of it with that vehicle. That’s my biggest thing -- folks that will look at the industry and our partners within the industry and the consumers that rely on this industry, they can do just as much as we can by just adding their voice.  Those communities understand the value that this industry brings, both the economic side and the environmental side. We’re looking to raise that awareness, to raise our views of the industry and  to make a bigger, bolder change as we move forward.

Hollander: Thank you for that overview and all this information. If people wanted to learn more about the ARA or anything else about the industry, where would they follow you?